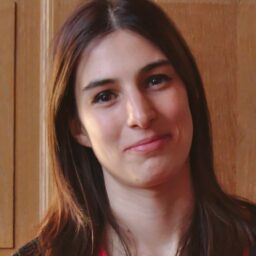 Star formation laws and gas turbulence in nearby galaxies

My talk focuses on the connection between star formation and cold gas in galaxy discs, with the “fil rouge” being the importance of the gas disc thickness and its increase with the galactocentric distance. Generally, discs are assumed thin or having constant thickness, but observations and theory indicate that this approximation is erroneous. I developed an accurate approach to derive the disc thickness and applied it to nearby disc galaxies. The first part of my talk concerns star formation laws, which tell us how many stars form from a given amount of gas. These relations are typically derived using the observed densities of gas and star formation rate, which are projected on the disc surface. These surface-based laws hold in the inner regions of galactic discs but fail in their outskirts. By converting surface densities into volume densities through the disc thickness, I obtained a volumetric star formation law, which holds across the whole galactic disc and is likely more fundamental than surface-based relations. The second part of my talk focuses on gas turbulence, which is ubiquitously observed in disc galaxies. Since turbulence is quickly dissipated by the gas viscosity, it must be sustained by some energy source. This latter has been long debated, as even the prime candidates, supernovae, seemed insufficient. I obtained a crucial improvement by realising that dissipation becomes less effective with increasing disc thickness. This brings to the conclusion that supernovae can feed the turbulence of the cold gas, finally solving the conundrum.