HERMES-SP (High Energy Rapid Modular Ensemble of Satellites – Scientific Pathfinder) is a mission concept based on a constellation of nano-satellites in low Earth orbit (LEO), hosting new miniaturized detectors to probe the X-ray temporal emission of bright high-energy transients such as Gamma-Ray Bursts (GRB) and the electromagnetic counterparts of Gravitational Wave Events (GWE) – hence playing a pivotal role in multi-messenger Astrophysics of the next decade.

HERMES-SP goal is to design and implement the first Gamma-Ray Burst localisation experiment through a distributed space architecture realized by a 3+3 CubeSat federation. Each CubeSat will be equipped with a novel miniaturised detector to gain a wide deep space coverage, and demonstrate capabilities in precisely localising GRB events in space.

11 partners from 5 European countries form the HERMES-SP Consortium, under the scientific coordination of Dr. Fabrizio Fiore. HERMES-SP has received funding from the European Union’s Horizon 2020 research and innovation programme under Grant Agreement No 821896, and exploits synergies with an ongoing project funded by Agenzia Spaziale Italiana (ASI). 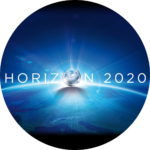