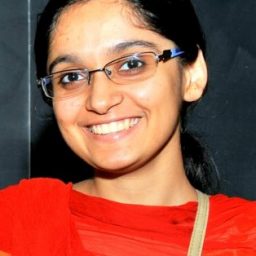 Many dwarf galaxies are observed to host old globular clusters. This is contrary to the theoretical calculations based on Chandrasekhar’s dynamical friction, which suggest that angular momentum losses of the orbiting cluster should lead it to the galaxy centre in a few Gyrs. I will discuss my recent work, Kaur & Sridhar (2018), about the suppression of dynamical friction in the inner core region of the galaxies, leading to stalling of these infalling clusters away from the centre. The Tremaine-Weinberg theory of dynamical friction is applied to compute the orbital decay of a globular cluster, on an initially circular orbit inside a cored spherical galaxy with isotropic stellar velocities. The torque is exerted by stars whose orbits are resonant with the cluster’s orbit, and given as a sum over the infinitely many possible resonances by the Lynden-Bell Kalnajs (LBK) formula (Tremaine & Weinberg 1984). We calculate the LBK torque and determine the orbital decay, for a globular cluster of mass 2 × 10^5 M_sun and an Isochrone galaxy of core mass 4 × 10^8 M_sun and core radius of 1000 pc. Outside 300 pc many strong resonances are active and, as expected, LBK torque is comparable to the classical Chandrasekhar torque. Within 300 pc, torque comes mostly from stars nearly co-rotating with the globular cluster, trailing or leading it slightly; Trailing resonances exert stronger torques. Going further to smaller radial distances, the retarding LBK torque is highly suppressed because of progressive transition to states in which there are fewer and weaker resonances in operation. The orbital decay slows down drastically, and over astronomically interesting time scales the globular cluster appears to stall at a radius 220 pc.