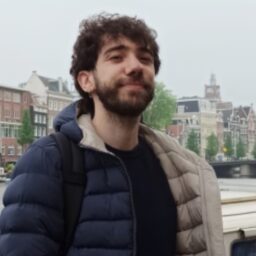 The starburst/main-sequence bimodality at z>3

Over the past decades, a relation between stellar mass (M*) and star formation rate (SFR) has been discovered, the so-called “Main Sequence of star-forming galaxies”. Recent studies have established that this relation represents an essential step in understanding the process of gas conversion into stars, also known as the stellar mass assembly. The correlation between M* and SFR suggests a similarity in the gas accretion process of galaxies. Nevertheless, most of the previous literature about the Main Sequence of star-forming galaxies at high redshifts is based on galaxies with log10(M*/Msun) >= 10. In this talk, I will present the results of our very recent paper about the study of the SFR-M* plane at z?3-6.5, spanning five decades in stellar mass. This unprecedented coverage has been possible thanks to the joint analysis of blank non-lensed (COSMOS/SMUVS) and cluster lensing fields (Hubble Frontier Fields). Previous works have revealed the existence of a clear bimodality in the SFR-M* plane with a star-formation Main Sequence and a starburst cloud at z ? 4-5. I will explain that this bimodality is valid in the whole redshift range z ? 3-6.5 and extends to all star-forming galaxies, regardless of which SFR tracer is adopted. In particular, I will show you that starburst galaxies could have played an important role in the Cosmic Star Formation History at high redshifts. Remarkably, galaxy formation models fail to predict the starburst/main-sequence bimodality and starbursts overall, suggesting that the starburst phenomenon may be driven by physical processes occurring at smaller scales than those probed by these models.