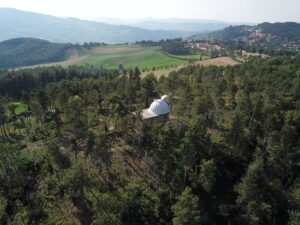 In the early 20th century old astronomical observatories had to be moved out of cities, to allow astronomers to continue observing the sky efficiently (i.e. with the accuracy required by early astrophysical research). Increasing stray light, growing nightlife, and airborne dust compromised the quality of observations made in city centers. Even the glorious tower of the Specola at the University, built in 1725, which had brought great luster to astronomy in Bologna, was by then at the end of its observational usefulness. Michele Rajna,

who was Director of the Specola from 1903 to 1920, took at heart the project for the construction of a new specola. He planned it to be on the hills surrounding Bologna, to be precise at Villa Aldini, on the hill of the Osservanza. He proposed to use a part of the palace, built by count Aldini in 1811-16, for the observations, and for the staff quarters and the mechanical workshop.
In the villa’s courtyard a revolving dome would house the main instrument: an equatorial refractor for astrophotography, with a diameter of 325 mm. The total cost of the instrument and dome was expected to be 65 thousand lire (approx. 200,000 euro). 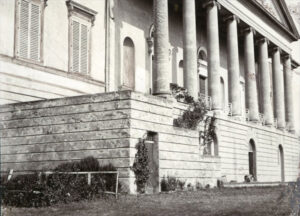 In the project, Rajna gave a great importance to astronomical outreach “to spread active and intense interest for celestial phenomena in the cultivated people of Bologna”, using an adequate telescope placed in the courtyard. His precarious health conditions did not allow him to carry out the project. It was a blessing in disguise, because the continuous extention of the city towards the hills and the increasing stray light would have soon made this place also unsuitable for observations. Besides, the characteristics of the instrument were typical of the previous century and, very soon, new mirror systems would emerge for large telescopes (it is quite simple to build large curved mirrors, while on the contrary it is very difficult to build large lenses).
In 1915, Dr. Merlani, a keen scholar of astronomy, donated a part of his land in Monte Donato to the University, intending it to be the site where the new Specola could be built. At the end of the Great War, the project was pursued again with no result, because the backfill and landslide soil made the site unsuitable to host a scientific instrument. In 1925, Merlani’s widow donated 300,000 lire to the University, to honor her husband’s memory, with the clause that it should be used to purchase an astronomical instrument. The legacy, which became available to the University only in 1930, provided an incentive for the establishment of a new Specola, and led to negotiations with the Zeiss factory of Jena for the construction of a 60 cm reflecting telescope. Zeiss had great experience in the construction of these instruments, since it had already built several reflecting telescopes, including those of Merate (with a diameter of 102 cm, 1926) and Trieste (50 cm, 1925). The instrument was built in two years and was shipped to Bologna in July 1933, in nine crates with a total weight of sixty tons. The telescope was now available, but there was not yet a new observatory. 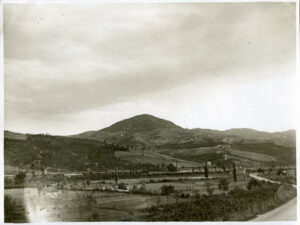 Guido Horn D’Arturo, the new Director of the Specola after Rajna, initially thought that it could be built on the top of Monte Stanco, in the municipality of Grizzana, 7 km away from the village and its station on the Bologna-Firenze railway line. It was a solitary hill, covered in chestnut trees, 720 meters above sea level. However, almost 2 kilometers of road would have to be built to reach the site, and there were no funds available for this purpose. After several meetings with the City managers, this hill was abandoned, and the choice fellon a plot of land which belonged to the University: Monte Orzale, in the municipality of Loiano.

At the time of the construction of the Zeiss telescope of Loiano, there were 11 Astronomical Observatories in Italy: Catania, Milan, Naples, Padua, Rome, Teramo (Collurania), Turin, Trieste and three University Observatories in Bologna, Palermo and Florence.

The history of Astronomy at the University of Bologna is very long. It has been taught here for more than 800 years: Dante and Copernicus studied and taught in Bologna, as well as many others, such as Bartolomeo from Parma, Egnazio Danti, Bonaventura Cavalieri, Gian Domenico Cassini and Geminiano Montanari. The first public astronomical observatory was built here in the early 1700s. However, after a century of great renown and excellent reputation, astronomy in Bologna stagnated in the nineteenth century. This led to the almost total absence, in the early 1900s, of astronomical instruments worthy of a modern observatory.

Building the 60cm telescope of Loiano allowed the Observatory of Bologna to be at the forefront of Italian astronomical research, after more than a century.

At the time, the other Observatories had late-nineteenth century instruments, and most of them were equipped with 30/50cm telescopes at best. Only Merate had a Zeiss reflector with a diameter of 102 cm, received from Germany in 1926 as war reparations.

In a comparison with the equipment existing abroad, especially across the Atlantic, Italy did not enjoy a good position. The largest refractor in the world, with a diameter of 1 meter, was built in the United States, at Yerkes Observatory, in 1897. It was followed by two reflectors at Mount Wilson with diameters of 1.5 and 2.5 meters, built in 1908 and 1917 respectively. 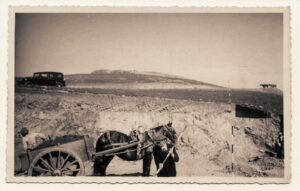 When the new Specola was established at Loiano in 1933, because of its more favorable astronomical viewing conditions, the project was entrusted to the engineer Gustavo Rizzoli, who at the time was leading the Engineering Department of the University. The revolving dome was commissioned from the Bombelli company in Milan, and is an outstanding mechanical product.
In 1936 Rizzoli published the project in the journal Coelum, illustrating how the central pillar holding the telescope was isolated from the rest of the building. 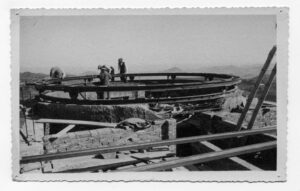 Loiano was on the The Gothic Line, a defensive line set up by the German army in 1944 to prevent the allied armies from easily reaching the Po Valley.
The allied troops attacked this system in September 1944, advancing slowly and steadily.
After liberating Monghidoro at dawn on 5th October, the 91st division of the American infantry pushed towards Loiano along the Futa road. After intense shelling, which lasted over twelve minutes, the soldiers of the 362nd regiment entered in Loiano.
By then, the Astronomical Station of Loiano had been abandoned, and in the previous month of August the mirror , the objective and other accessories of the telescope had been taken to a secure location in Bologna. 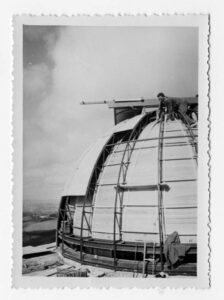 After the allied troops had left the Station, Horn decided to resume observations, after reassembling the mirror and the optical parts. What was missing, however, was the electrical power required for the movement of the telescope and for the rotation of the dome. A weight-driven motor was adapted to provide the tracking motion of the telescope, while the dome was laboriously turned manually with a handle.

On 7th November 1945 the telescope was again pointed to the sky, and it was used in these conditions for the following two years. A new electric engine was used for the tracking motion between October 1947 and March 1949; it was powered by batteries that had to be recharged in a location far from the observatory. At last, on 30 July 1951, the Station was again connected to the electrical network, and the situation improved greatly. For those six long years, astronomers had been working in very difficult conditions, but were very productive, and exposed thousands of plates. 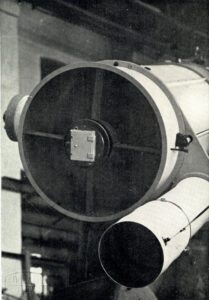 In the 1960s, photography was replaced by photoelectric photometry, which was a more efficient technique for the study of variable stars. Finally, in the 1980s,the glorious Zeiss mirror was replaced by a mirror with a central hole, to allow the use of photometers mounted at the Cassegrain focus.
The telescope is now being used for astronomical outreach.

Exactly forty years after the 60 cm telescope, a new telescope with a diameter of 152 cm was inaugurated in Loiano. It was dedicated to the famous Italian astronomer Gian Domenico Cassini, and the 30th anniversary of its construction was celebrated during the “Cassini year” in 2005.