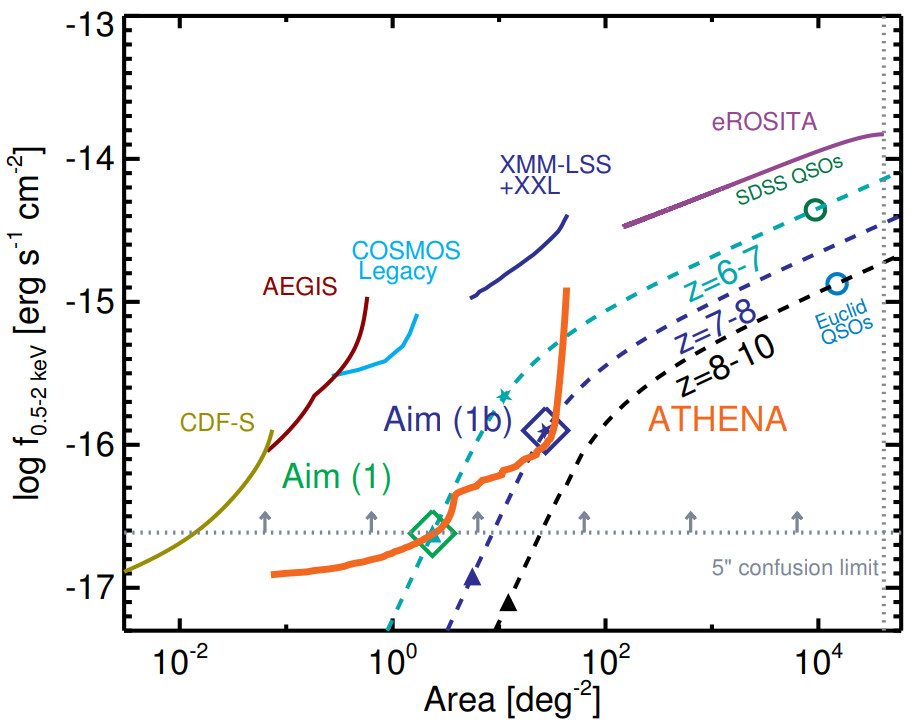 At OAS we (G. Lanzuisi, A. Comastri, R. Gilli) are developing end-to-end simulations to test the WFI survey performances for different instrumental configurations. To this purpose we use the multi-mission X-ray simulator SIXTE. The input catalogs comprise millions of AGN from the Gilli et al. 2007 population synthesis model, passive galaxies and extended emission.

On the left below is shown a false color X-ray image of a 1Ms pointing with WFI. ~3000 AGN can be detected (a few at z>6) together with more than 1000 galaxies. On the right panel is shown the redshift-luminosity distribution of all the sources detect over 10 fields.  Both Aim1 and Aim1b can be achieved with the current configuration. 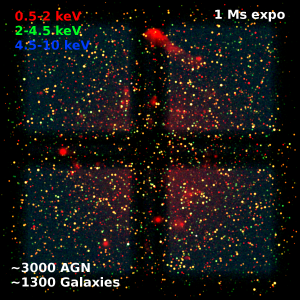 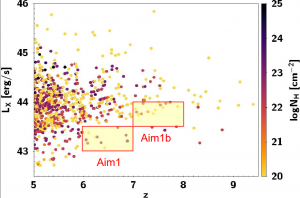