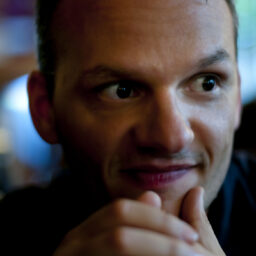 Low energy (sub-GeV) cosmic rays (LECR) play a crucial role in the physics of the interstellar medium. Being the only ionising agents able to penetrate large column densities of matter, LECR are the main drivers of the rich chemistry observed in interstellar space and provide a prime source of gas heating in molecular clouds. Moreover, by maintaining a small (but not negligible) level of ionization in molecular clouds, they determine the coupling between the gas and the magnetic field in these objects, and therefore impact on their dynamical evolution and influence the process of formation of stars and planets. Finally, LECR generate most of the very rare light elements (LiBeB) through spallogenic nucleosynthesis. Unfortunately, until very recently, very little was known about the intensity of LECR in the Galaxy, and about their spectral energy distribution. There are at least two reasons for that. First of all, LECR particles cannot be directly measured near Earth due to Solar modulation effect. Second, the detection of the characteristic gamma-ray lines (0.1-1 MeV domain) produced by nuclear collisions between LECR and interstellar matter is beyond the capabilities of current instruments. The breakthrough came in August 2012, when the Voyager 1 probe reached a region beyond the heliopause, and it is now measuring a stable flux of particles most likely corresponding to the local interstellar spectrum of LECR! In addition to that, infrared and radio molecular lines have been detected in the spectra of a number of molecular clouds located within few kpc from the solar system. These lines are induced by the LECR-ionization of interstellar molecular hydrogen and can be used to constrain the intensity of low-energy CRs at various locations in the Galaxy. This unprecedented view on LECR revived the studies on the effect of such particles on the Galactic ecosystem, and during my talk I will review old and recent developments in the field.