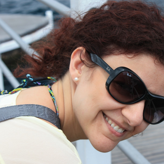 Star clusters are gravitationally bound stellar systems commonly formed in star formation events. Stellar archeology of ancient clusters and observations of highly lensed galaxies show that cluster formation has been going on at least as much as redshift z~6 (800 Myr after the Big Bang). Yet we have much to learn about the real role that these objects play in their host galaxies and we do so investigating cluster population in local galaxies. Star clusters form in the densest regions of giant molecular clouds and host the majority of the massive stars forming in these regions. These two properties shape their physical properties and their interplay with galactic ISM. I will present some key results that relate the most recent efforts to link the statistical properties of cluster populations in local galaxies (i.e. mass functions, dissolution time scales, formation efficiency) to the global physical properties of galaxies. I will show how key events for galaxy evolution, such as mergers or increased gas fraction change the properties of the stellar clusters formed during these enhanced star formation events. I will conclude presenting some ongoing analyses. In particular I will focus on the FUV morphological and spectral properties of very young star clusters and star-forming regions and how this can help understanding the FUV properties of star-forming regions in high-redshift galaxies.